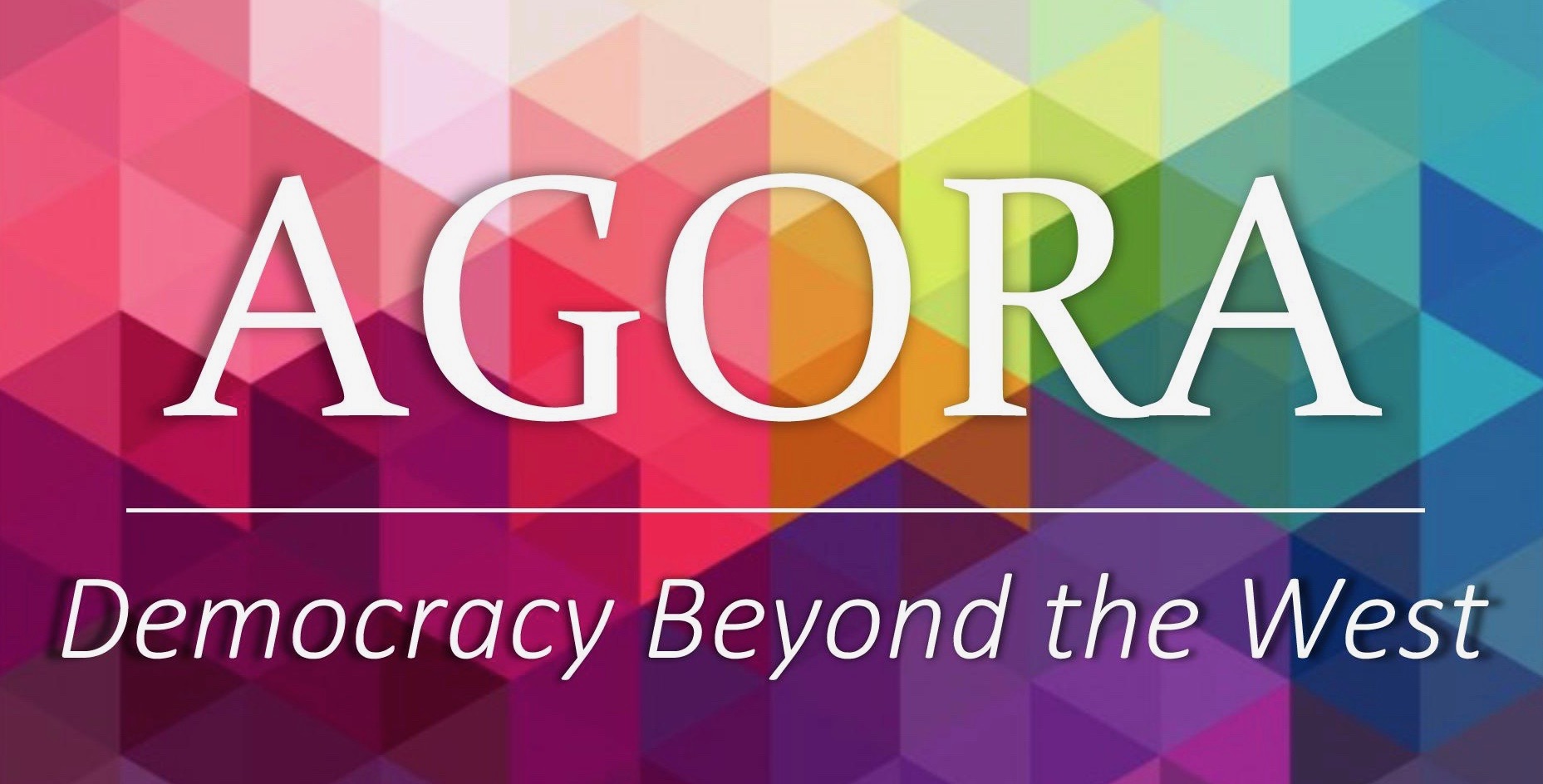 At the last APSA (American Political Studies Association) annual meeting, the Participatory and Deliberative Democracy specialist group, in collaboration with the APSA Democratic Innovations group, hosted the UK PSA (Political Studies Association) sponsored panel on Decolonising Democratic Innovations: Beyond the White and Western Gaze.  We felt this was a long-overdue discussion. Debates on strengthening democratic institutions through democratic innovations have been mostly led by western scholars, and, with notable exceptions such as South America and experimentation with participatory budgeting therein, the focus has too often been on western settings and reform proposals for western democracies. By the same token, to date the field has mostly sidelined issues of white privilege and structural racism entrenched in western liberal democracies and has had limited engagement with critical race theory. This is surprising given the ambition of deliberative democracy scholars to make democracy more inclusive and socially just. When talking about inclusion within democratic innovations, differences, whether along race, gender, class, disability or cultural lines, are too often framed as subalternized forms to be included into the “modern” project of liberal democracy. Instead, our panel looked at these forms of difference as sites and sources of democratic alternatives. We thereby recognise that the problems democracy scholars must face are not restricted to some exclusions within the system that need addressing and correcting. Rather, the problem is the system itself, based as it is on structural racism and Euro-centric cultural identity.

Shana Almeida offers a fresh perspective for democratic innovation scholars: based on critical discourse analysis, her paper on participatory governance in Toronto illuminates how racial practices are often legitimised and perpetuated through diversity discourses. The racialised Other within the participatory forums was made visible only within the confines of neoliberal democracy, where the Other is consumed and commodified in a recognizable form, to reconfirm whiteness and power. Not only does her analysis challenge the ways in which many democratic innovations – aiming at more inclusion and equality of all community members – are currently conducted, Almeida’s work also sheds light on the racial underpinnings of liberal democracies and highlights that we need to think about the state, democracy, and “innovating democracy” always within the contexts of (historically evolved) relationships of power and domination. Shana takes this up further in her forthcoming book Toronto the Good? Negotiating Race in the Diverse City, with University of Toronto Press.

Jean Paul Gagnon’s work radically deconstructs the way those in the West usually “do democracy” and “do democratic theory”. In his forthcoming essay he expands conceptualisations of democracy and proposes a therapeutic approach that helps innovate democracy, reframing it as a social concern (in the workplace, in schools, in hospitals, in the family) and not just as a political matter. Quoting Dilip Parameschwar Gaonkar, Gagnon writes that “The future of democracy and its flourishing will depend decisively on our capacity to imagine a more capacious rather than constricted view of its possibilities and also of its fragilities”.

Reginald Oduor’s paper questioned liberal democracy and its “culturally blind” application on the African continent. Here, “liberal democracy” continues to be deployed as a neo-colonial tool, through a hypocritical culture-neutral rhetoric of nation building, which ignores local cultural identities and diminishes them as “ethnic groups”. Quoting Kalundi Serumaga, Oduor observes that “This frankly malevolent labelling offers the space for the linguistic demotion of entire peoples”. Under the western-centric democratic project, “34 million Oromo, seven million Baganda, 43 million Igbo, 10 million Zulu will always remain ‘ethnicities’ and ‘tribes’ to be chaperoned by ‘whiteness’.” At the same time, “5.77 million Danes, 5.5 million Finns, and just 300,000 Icelanders can be called ‘nations’”. He calls on more scholars to reflect on culturally-based models of democracy.

Boaventura de Sousa Santos talks about ‘‘sociology of absences’’ as an inquiry to explain that what does not exist is produced and reproduced as non-existent, as a non-credible alternative to what exists. These papers try to make visible that which has been rendered invisible, acknowledging other visions and practices of democracy, justice and shared power. This stimulated a rich debate at our APSA panel on different models of democracy, against assumptions that there is any such thing as “neutrality” within democratic spaces. Oduor, in particular, articulates a position that de Sousa Santos and Jose Mendes share, which is that the “Global South” and the “Global North” are plural in their conceptualisations and delineated geographies. They are deeply enmeshed and form a mutually constitutive complex. It is from this very gaze that we can appreciate that non-Western democratic innovations can be both indigenous and endogenous and that they can occur in both “Western” and “non-Western” settings.

We discussed heterogeneous topics and distinct methodological tools, but we all agreed on three points:

Shana Almeida is an Assistant Professor at X* University in Toronto Canada, specializing in politics and race. Her research and teaching contributions are informed by over six years as political staff in the municipal government of Toronto. Dr. Almeida’s doctoral thesis (2016), an exploration of how race is reproduced and organized through “diversity” discourse in the City of Toronto, provides the foundation for her book manuscript “Toronto the Good? Negotiating Race in the Diverse City”, with University of Toronto Press (currently under review). *Ryerson University is awaiting name change, following the recommendations of Mash Koh Wee Kah Pooh Win (Standing Strong) Task Force and other Indigenous activists, faculty and community members. More information can be found here.

Sonia Bussu is Senior Lecturer in Politics and Public Administration at Manchester Metropolitan University. Her research looks at citizen participation in policy making, democratic innovations, and coproduction of public services. She is also interested in participatory approaches to research and evaluation. She is lead editor (with Adrian Bua, Rikki Dean and Graham Smith) of a forthcoming symposium on Embedding Participatory Governance in Critical Policy Study and co-editor (with Adrian Bua) of a forthcoming volume on Reclaiming Participatory Governance (Routledge). She is a co-convenor of the PSA’s Participatory and Deliberative Democracy Specialist Group.

Dannica Fleuss is research fellow and lecturer in political theory at Helmut Schmidt University (Hamburg) and a research associate at the Centre for Deliberative Democracy and Global Governance (University of Canberra). Her book on Radical Proceduralism has been recently published by Emerald. She is a co-convenor of the PSA’s Participatory and Deliberative Democracy Specialist Group.

Jean-Paul Gagnon is a director of the Foundation for the Philosophy of Democracy and an associate professor of politics at the University of Canberra. He specialises in democratic theory and the philosophy of democracy. Gagnon is co-founder with Mark Chou, and co-editor in chief, along with Emily Beausoleil, of the Journal Democratic Theory. He is co-editor of Palgrave’s Theories, Concepts and Practices or Democracy series.

Reginald M.J. Oduor is Senior Lecturer in Philosophy at the University of Nairobi. He is the first person with total visual disability to be appointed to a substantive teaching position in a public university in Kenya. He was the founding Editor-in-Chief of the New Series of Thought and Practice: A Journal of the Philosophical Association of Kenya from 2009 to 2015. Together with Drs. Oriare Nyarwath and Francis Owakah, he has edited the volume, Odera Oruka in the Twenty-First Century (RVP 2018). Dr. Oduor is the Co-founder of the Society of Professionals with Visual Disabilities (SOPVID), which aims to promote professional excellence among its members. He has also served as Council Member at the Kenya Society for the Blind, and Board Member at the Kilimanjaro Blind Trust. He is a member of the Caucus for Disability Rights Advocacy (CDRA), which audits legislation and public policies for disability inclusion.

Feel free to reblog anything on this site, with attribution to the Participatory and Deliberative Democracy Group (PDD).

This site is licensed under a Creative Commons Attribution-NonCommercial-ShareAlike 4.0 International License.